With her mixed Hungarian & Bulgarian heritage Szilvia is pretty much a globetrotter by birth. Crossing Europe on a monthly basis was not enough for her so several years ago she started crossing oceans and continents and hasn’t stopped ever since. She is one of my oldest friends and apart from being a lovely person, Szilvi is a great story-teller because she always manages to get herself into the craziest travel situations and still keep her “the glass is half full” attitude.

No money in the banks, empty shelves filled with a line pattern of the same few products, a coupon system…No, this article is not about time travel back to the former socialist reality of Eastern Europe. The year is 2016 and I am in one of the most exotic one-of-a-kind destinations I have visited: the newly opened to the world island nation of Cuba.

(*Yes, I know Tango comes from Argentina, but I couldn’t resist the urge to take you back to this 80s classic)

Upon arriving in Havana I find myself facing my first travel obstacle pretty fast. The pre-arranged airport pickup to my hotel is nowhere to be seen and I instinctively start searching for a spot where I can exchange some American dollars to Cuban pesos and get myself a taxi. However, the harsh reality is that there is no ATM at the airport and even more shockingly (for my Taking-it-all-for-granted mindset) is that there is no money in the exchange counters. After a fun 1 hour of waiting for money distributors to find me some exchange currency , I learn that time flows at a different pace in this retro-paradise…

When the money finally arrives I realize that my CUC (Cuban Convertible Peso, also informally called cuc or chavito) is not worth a dollar as it is supposed to according to international exchange rates. The CUC is one of the two official currencies but as in most countries: even fixed exchange rates seem to magically change in the area around the airport, where prices take a curious up turn.

In addition to existing in its very own separate time and (s)pace: universe apart from the rest of the world, Cuba also turns out to be shockingly expensive! The finally arranged 30 CUC (over $30) cab ride is making me somewhat nostalgic for Sofia and other European cities with cheap metro connections to the Airport.

Anyway: it is a hell of a lift! The Cuban tunes from the radio, the Oldtimer Cadillacs and Ladas racing on the road, the charming street chaos: everything is but a brief teaser of what is expecting me in the next 4 days.

Despite the gorgeous vintage atmosphere around me, I find it a challenge to find ordinary “everyday things” which we take for granted at home: bandages for wounds, pizzas with tomato sauce and big bottles of water are literally impossible to find. Getting money for these purchases is a daily challenge itself: there are no terminals, so you have to use cash. And trust me: exchanging money or withdrawing from the empty ATMs is not an easy task.  At the same time, the paradox is that Havana is extremely expensive: even compared to American standards. Apparently, Cuba is getting ready for the influx of American tourists following the recent warmup in the US-Cuban relations and this has an impact on pricing.

While rising prices are just an inconvenience for the tourists,

they are a tragic game-changer for the locals.

A good meal starts from 8 CUC in an average restaurant, a cocktail costs around 4 CUC and going online (more about it – later) is 3 CUC/hour. What makes these prices truly heart-wrenching is finding out that the average monthly salary here is around  15 (quinze) CUC.

Not really trusting my ears and my patchy Spanish knowledge, I ask back:

So yes: the average salary in Cuba is 15-17 CUC, meaning that for example a doctor can only afford 5 cocktails or 8 hours of Internet for his entire month’s work! Netflix recently made headlines with its unique offer for a pre-paid service in Cuba for just $7.9  – just barely less than the half of the Cuban average monthly wage!  There are doctors working for around $12 a month and pensions are usually around $8 per month.

It is safe to say that even I (with my usual cheerfulness) cracked under the weight of these facts. Going out for dinner and drinks with my new travel friends I would observe the locals and know that 99% of these Cubans would never be able to afford sitting with us in one of these venues if they want to have money for the rest of the month.

My Belgian and Australian travel buddies shared stories of how locals would beg them  to share everyday necessities such as soap.Meanwhile the huge propaganda posters on the way to my casa (a private accommodation just recently authorized by the state) constantly tell me that the Cuban folk is thankful to Che Guevara for liberating them from the misery of capitalism. If the locals are told that Cuba is the happiest country in the world (long live the revolution), does this really change anything about their reality?

These questions are stuck in my mind but a traveller’s spirit is unbeatable and slowly but surely as I get accustomed to this new reality. My initial discomfort is giving way to an euphoric sense of adventure slash the kick in of the ”let’s do this” survival instincts.

In Cuba you learn to find joy even in the usually basic things in life like catching a bus or finding Coca Cola instead of the local pop which I imagine must be as close to horse pee, as it can get. As my long forgotten Spanish miraculously finds its way to my lips from the deepths of my subconscious, I learn interesting things

In Cuba the locals say that since the state is making their lives harder in every possible way, at least they should not be making the rat race worse. Note to self: this is an attitude to follow!

Despite the the apparent decay of the socialist regime and the country’s crumbling infrastructure in every sense of the word, the spirit of Cubans and their commitment to each other seem to be still thriving.

I saw enthusiastic teachers educate children in uniforms (reminiscent of those in Socialist Bulgaria) in run down facilities. Despite the decrepit state of majestic buildings who were way past their prime, people still tried to add color and life to their surroundings: even at the cost of decorating crumbling houses with the pictures of saint, Barbie dolls and pretty much every over the top decoration which can be found within the local shortage economy.

And women tried to make the best of their 90s clothes: pulling off outfits which somehow  only work in the Frozen-in-time local Cuban atmosphere.

You know what is the best part when you are a travelling journalist who needs only her computer and wifi connection to  work? Realizing that Internet is de facto forbidden in Cuba. Lucky me!

Censorship, limited bandwith and super high prices have turned Havana’s handful of hotsports into a paradise for semi-legal sale of Interned cards (at the painfully high price of 3 CUC/hour!)

The connection most locals are using is in a local Havana park, which basically turns into a 24/7 public open-air office filled with people scrammed around  benches: Skyping, internet banking, working or checking their social media accounts.

Not many people are aware of this but Bulgarian Internet connection is among the fastest in the world: ranking higher than countries like the US, UK and Norway. We take fast connection for granted so going back to the type of speed we had in the late 1990s was really a hit below the belt.

And speed is not the end of the story. I imagine it would have been easier to find drugs or transplant organs than it was to get hold of an Internet card. If you are heading to Cuba anytime soon here is a small tip how to do it:

… The process goes as follows: 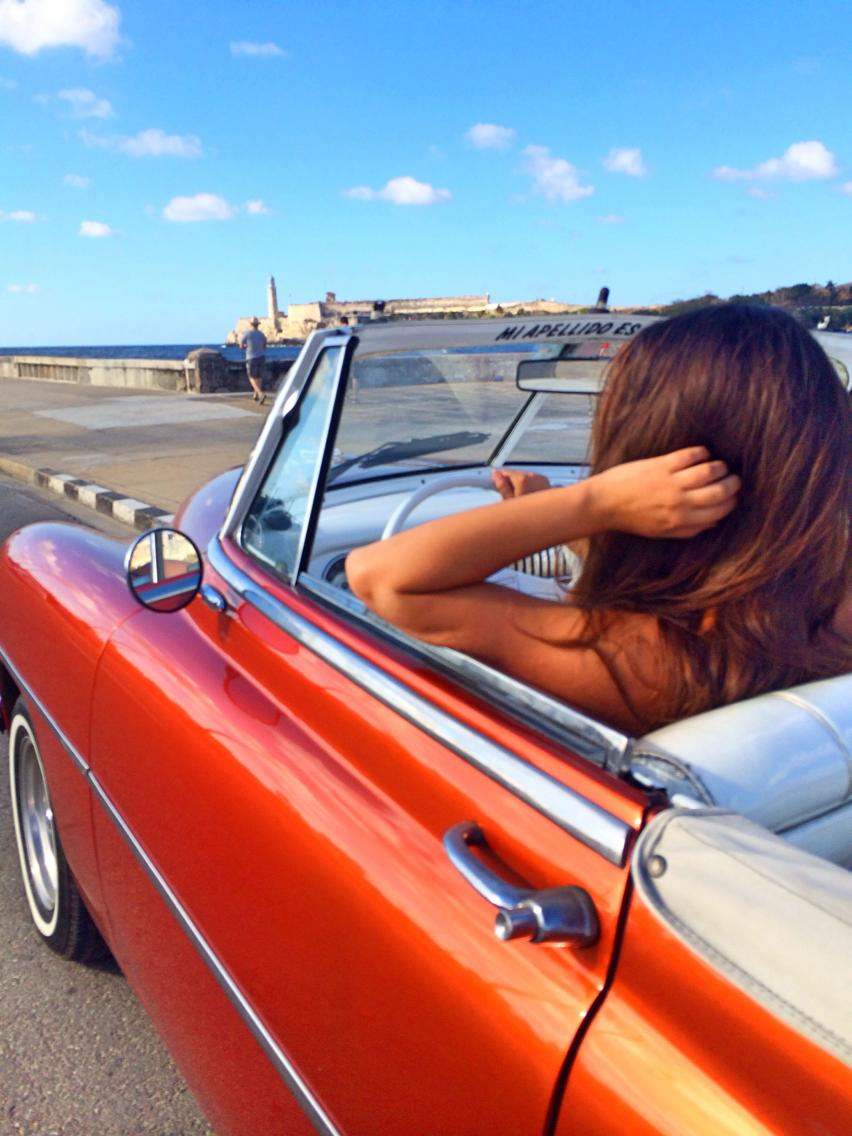