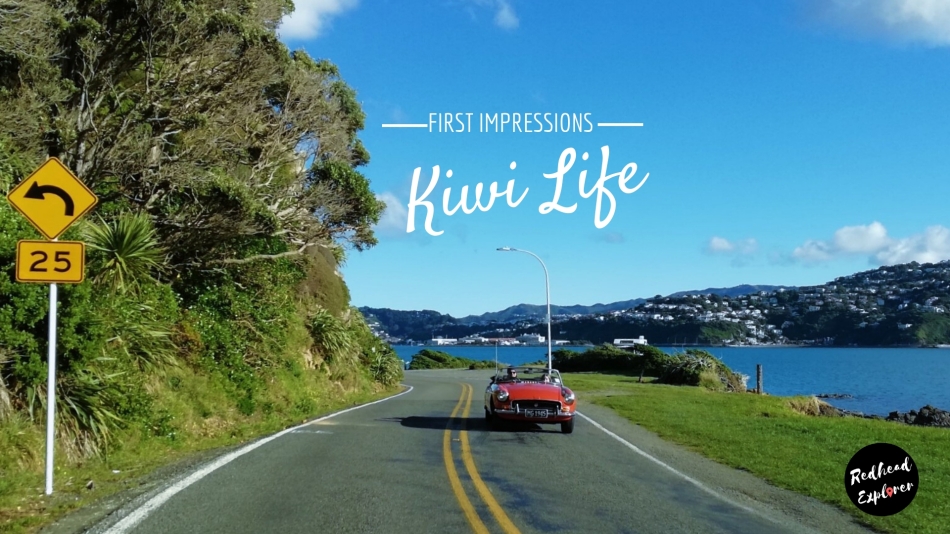 Wherever we go, we bring our past experiences along with us.

Whether we are typical representatives of a particular culture or individualistic rebels, who like to walk their own path in life: we have certain things that we consider “normal” and notice everything that contradicts this script. Moving to a new country is always an interesting process because you get to (re)discover a lot of things about yourself, your values and your views on what it means to have a good life. 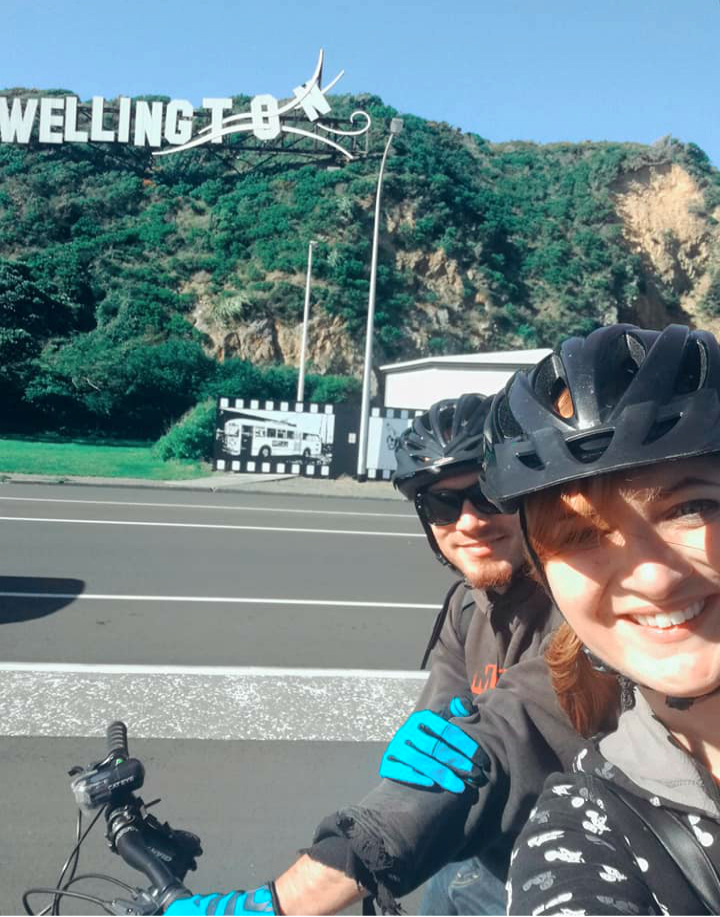 Despite some obvious cultural differences between North vs South and East vs West, Europe most definitely feels like Home for me and Stef. Oceania, on the other hand, is a completely different world. It is both geographically distant and incredibly diverse due to the mix of Pacific (in Melanesia, Micronesia and Polynesia), European, Indigenous Maori and Aboriginal culture (in Australasia: New Zealand, Australia and the neighbouring islands).

Having lived for a year in Seattle (in the Pacific Northwest), I feel like I already know the rainy climate, the feeling of living close to the ocean and the artsy atmosphere, but I don’t.  Everything feels strangely familiar, yet undoubtedly different. Like a deja vu of a place, you have never seen.

New Zealand is an island nation, surrounded by the Pacific Ocean and the Tasman Sea. This definitely plays a role in shaping the phenomenal nature along the coast (and in increasing the chances of a giant whale frolicking near the Parliament). However, it also means that you are in for one crazy ride when it comes to climate.

I have seen many things in life but I had never seen horizontal rain before I came to New Zealand. How is it possible?

Well, the two most typical things about the climate here are a) High humidity (a polite way to say it rains most of the time) and b) Strong wind (for a very close approximation I suggest you see “I feel love (every million miles)” by The Dead Weather). When you combine the two, sometimes you get wind which makes pouring rain move horizontally. It is a miracle. A way-too-frequent miracle.

Wellington is a relatively new city and in many ways, I really miss Europe’s old buildings and beautiful historical architecture. On the other hand, I have never lived in a city which allows you to have such a dynamic lifestyle.

I think it is amazing to live in a political capital which is not just a business hub but also something of an Outdoor Adventure Park on its own.  You can go surfing, hiking, downhill biking, sailing, kayaking, swimming, horse riding…you name it. It is quite unique to have a city with a predator-free wildlife sanctuary like Zealandia just 15 minutes away from the Central Business District!

There are over 4,000 hectares of reserve land and open space in Wellington in more than a dozen reserves and natural parks in and around the city. This includes hills, forest/bush territories and a variety of coastal areas: all within the city and the suburbs. Despite the relatively small population, the scale of all these activities and the stunning views make it very easy to understand why Wellington was ranked “The World’s Most Livable City” by Deutsche Bank for two years in a row. 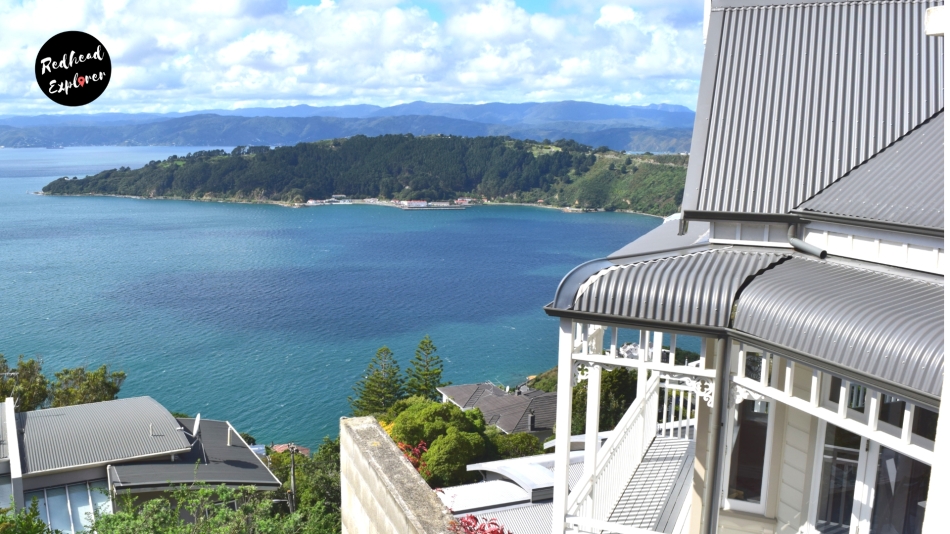 We knew that there is a problem with the housing market in New Zealand (although Wellington is allegedly doing better than Auckland). But you cannot truly understand what that means before you actually arrive here.

There are several reasons for the problem. As the city’s population grows, there is rapidly escalating demand and a shortage of supply (which drive prices ridiculously high). Wellington’s hilly terrain puts limitations on where and how much you can build and also the typical type of housing is 1 to 2 storey house (which take a lot of space compared to tall apartment buildings. To put things into perspective: Sofia (the capital of Bulgaria) and Wellington are almost the same size (492 km2 vs 442 km2), but Wellington has a population of just 0.4million (vs 1.2million in Sofia). 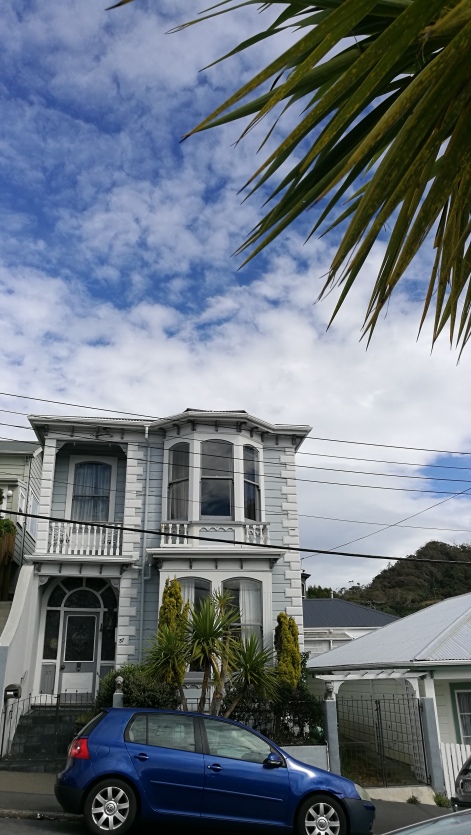 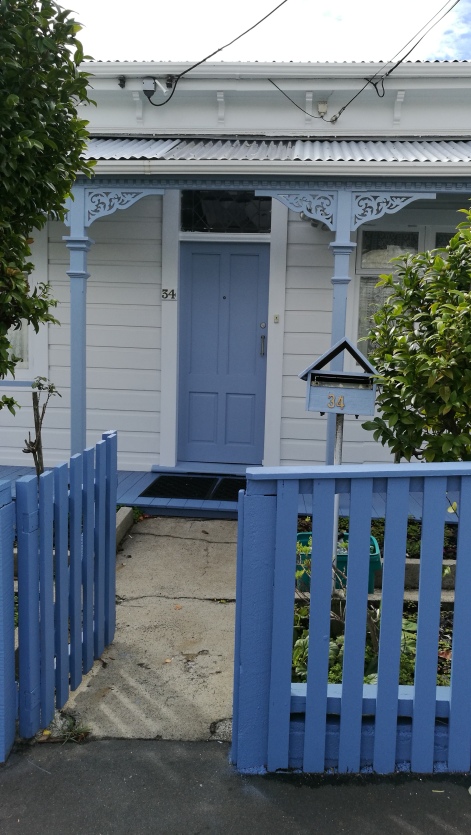 Finding a place here is like being part of a fictional reality show called Battle of the Couples. Whether you are going to a viewing of an apartment or a tiny house, there is always a queue of at least 3 other couples (and one single emo) there. I think at the most popular place we looked at, there were 10 other people waiting to take a look and many of them were also carrying hefty folders with references from previous landlords. Yes, you need references if you want to apply and be considered for renting the nicest places.

You fill in an online application with all kinds of details: job references, income, phone numbers of landlords or people who can vouch for it. Honestly, at one point I was expecting them to ask for a DNA sample and references for the character of my great-grandfather.

We have an issue with stray dogs in Bulgaria but here the only animals roaming freely are cats (in the cities), possums (and nobody likes them) and …seals or even penguins if you are on a road near the Tasman sea or the ocean. 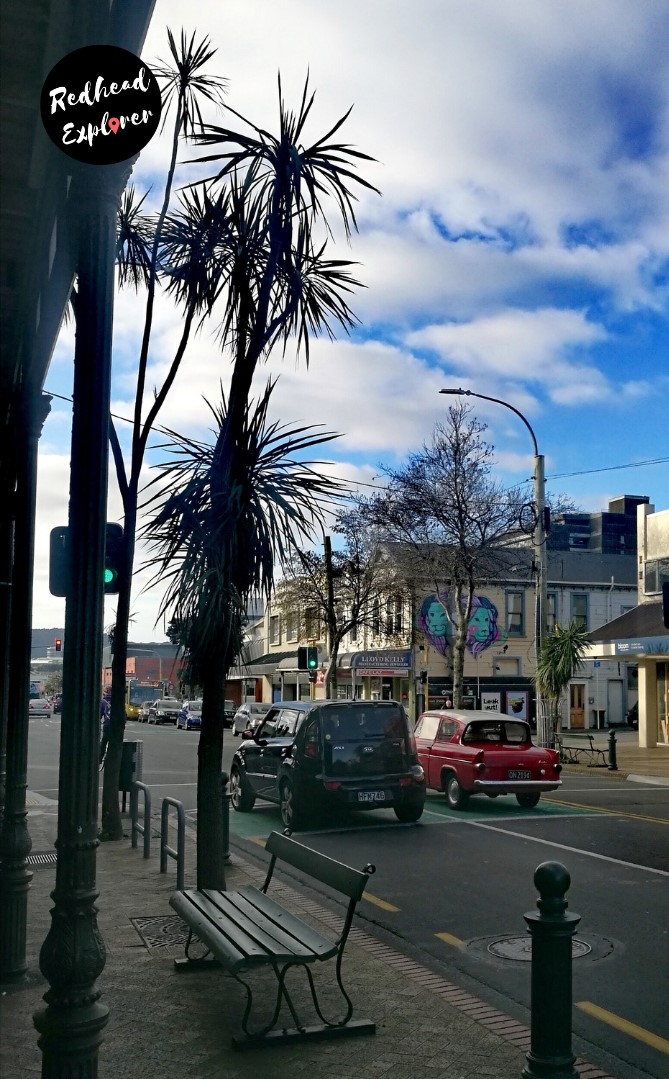 I had never seen so many perfectly preserved retro cars in my life. And it is not just about cars: there is an appreciation for restored furniture, old records and of course boutiques with hand-picked vintage (sometimes called pre-loved) clothes and accessories.

It might sound strange because Eastern Europe is supposed to be doing worse off, but back home it is a matter of social prestige to own new and expensive looking things so a lot of people would look down on owning an old car or buying a “pre-loved” evening dress (I don’t share this view but a lot of people do).

There are two sides to this. On the one hand, there is a down-to-earth reverence for well preserved vintage items even among those who are better off. And there is also a sense of social responsibility and support for citizens who are struggling financially and simply cannot afford to buy new clothes, furniture, etc. 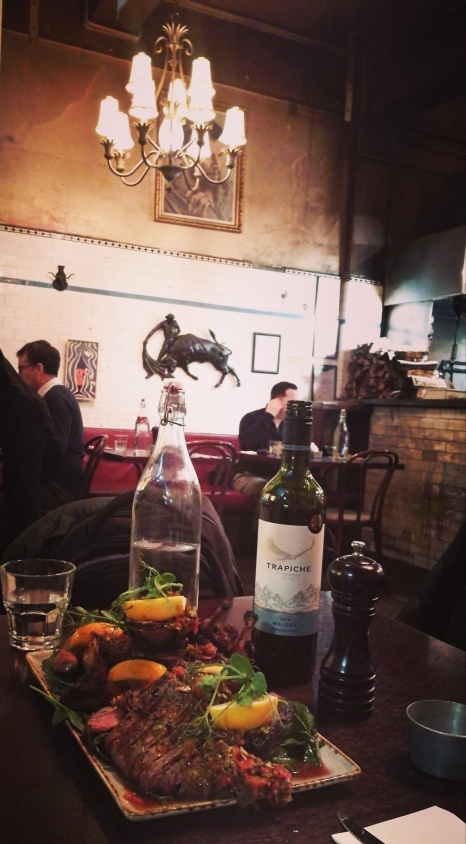 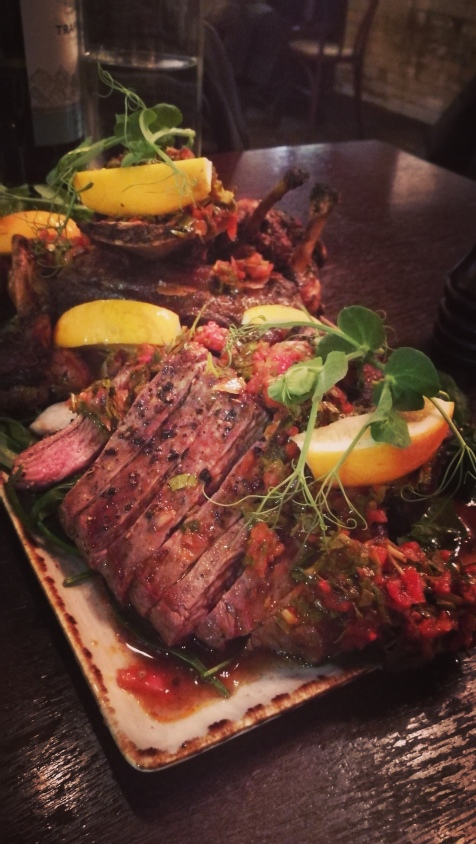 Best food we ever had

I knew that New Zealand is famous for its high-quality wines and that Wellington is a famous foodie destination but I was not sure what to expect from food in general. In Bulgaria I grew up with organic fruit and vegetables (before it was cool), prime quality yoghurt and the smell of fresh bread from the bakery so, to me, most produce in Europe and the US usually looks perfect but tastes like well-flavoured cardboard. Luckily, the quality of food in New Zealand is excellent: not just in restaurants but also in the supermarket.

As in most developed countries, there is a chasm between the price you pay for products (when you shop) and services (when somebody has prepared your food for you). For example, a lunch menu in Wellington would be around $13 and most burgers start at around $20 New Zealand Dollars ($13 USD or €11, based on today’s exchange rate). Meanwhile, even cheap discounted meat in the supermarket is of very good quality and you can buy lovely beef or lamb steaks for two people at about $6-$8!

So I cook a lot. It is a lot of fun and it is much healthier for someone with Insulin Resistance like me. But I still find it funny how different it is to shop here. For example, mangos back home are very hard to find and very expensive. Here (when they are in season) you can buy one for as little as $2. So in an absurd way it is, in fact, cheaper for me to cook something fancy (and much healthier) at home like coconut mango rice with beef or chicken than to buy one medium pizza from Dominos!

Meanwhile, tomatoes which are a staple food back home can cost a staggering $11-13 per kilo here when they are out of season, meanwhile, yesterday I bought 1kg of kiwis for $3, 2 small salmon fillets for $6 and a pineapple for $2. This feels like a parallel pricing universe challenging all my European common sense… 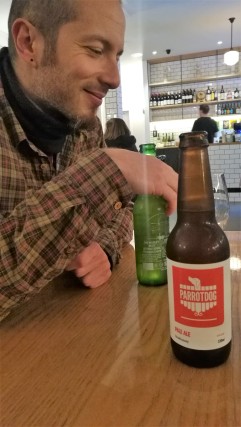 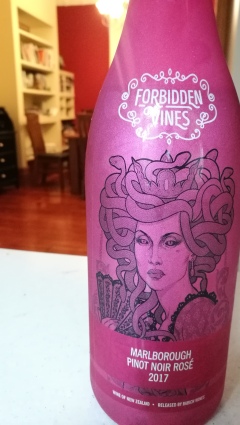 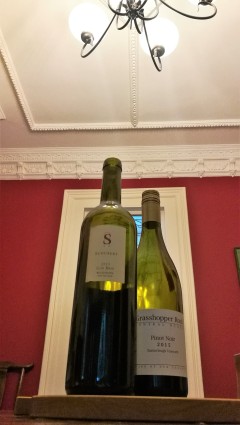 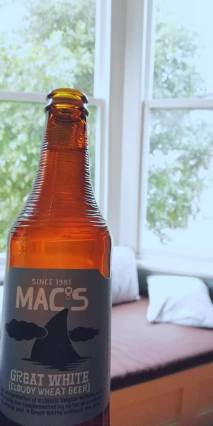 Kiwis drink a lot of beer and it is quite common to see them share a pint with colleagues after work. Wellington’s craft beer scene is on the rise, so if you enjoy a hoppy taste and IPAs, you would love to do some pub crawling here.

But as a newcomer, I cannot help but notice that in a bar a pint of decent (but not amazing) beer rarely costs below $8 (usually more like $13, which is often the price at the store as well). In contrast, even cheap wine in the range of $9-$11 per bottle is usually of very good quality (I have seen some of the local supermarket wines sold at nice restaurants back in Europe).

This is especially shocking for me and Stef because back at home a pint of expensive European/US craft beer would cost about $8 and you can find excellent local beers for $2-4.  I am a fan of Trappist Belgian beers and wheat beer (Mac’s Great White!❤) so I am not really crazy about most of the beers here. Since we arrived I have switched almost completely to red wine (Shiraz, Merlot and Pinot Noir). 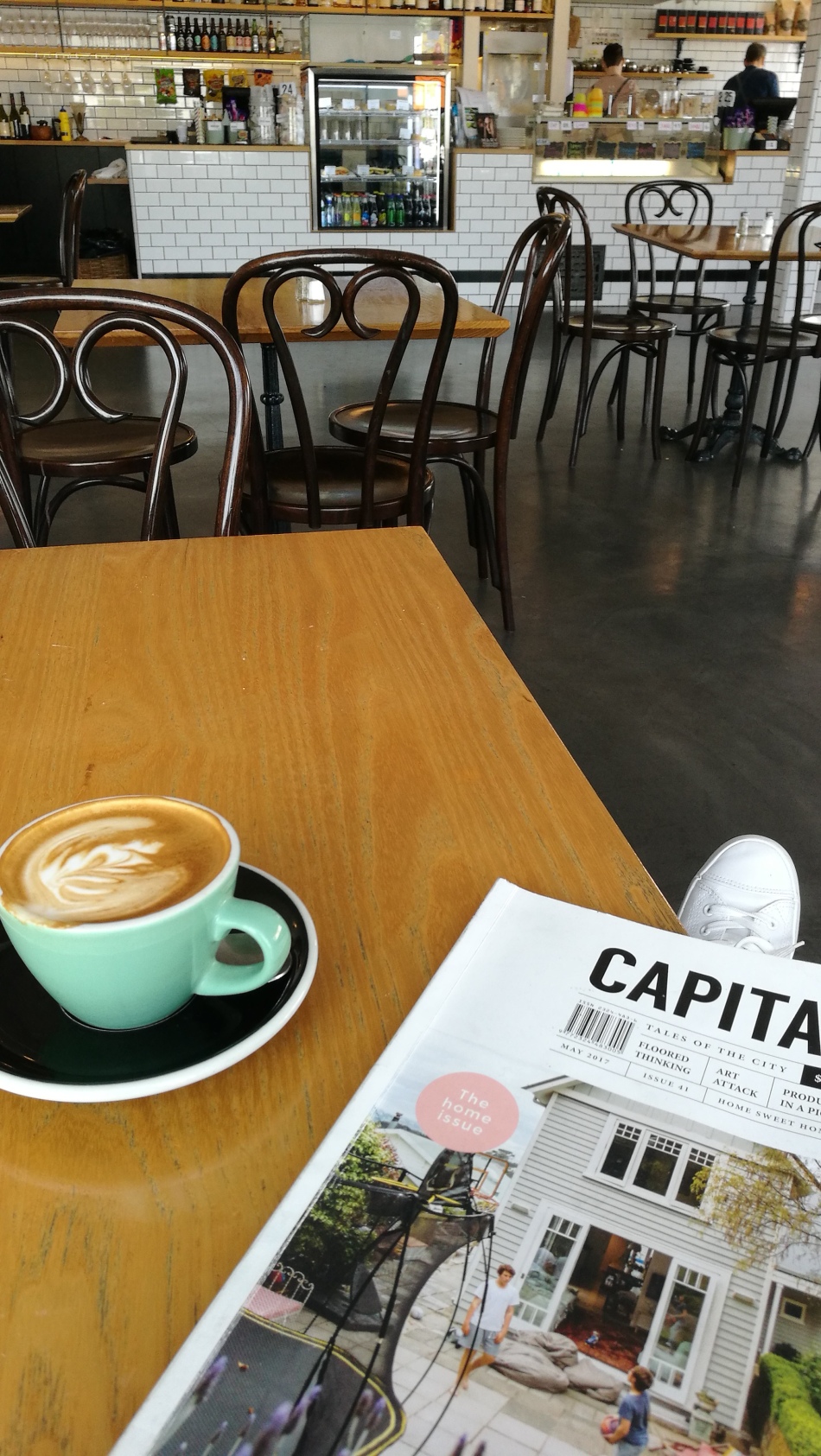 In one of my favourite spots: Empire Cinema & Eatery

I was very curious whether New Zealand’s coffee culture lives up to its stellar reputation. The short answer is: it does. New Zealanders don’t seem to have as much espresso as Italians, but they have mastered Flat White and Cappucino to absolute perfection. 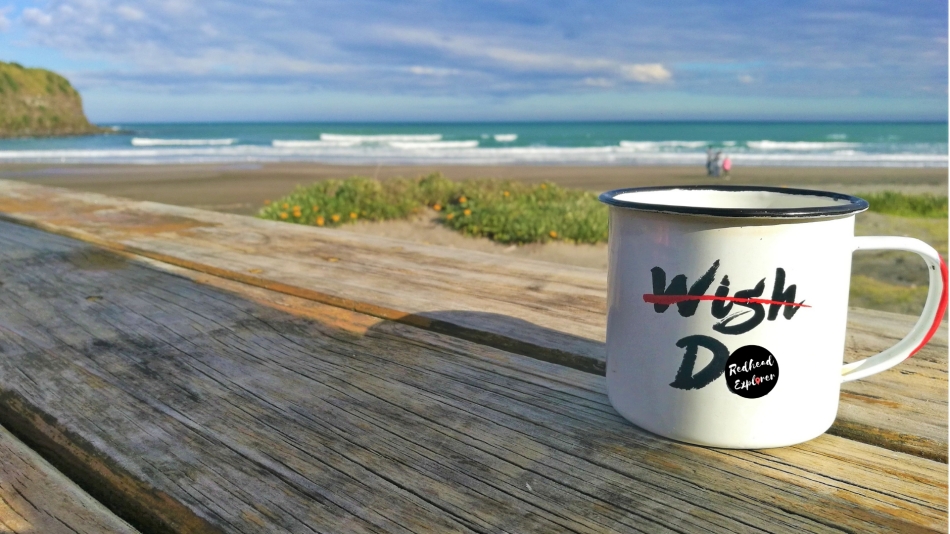 Kiwis are very environmentally conscious, so there is a trend to encourage people to reduce all kinds of waste: from plastic bags (which are to be phased out within a year) to single-use packaging. Many Kiwis bring their own mug or  Кeepcup and I have asked for my takeaway coffee in both my favourite Bamboo cup and my tin can (the photo below). There is another advantage to this: foam is the best part of a Flat white or cappuccino and a plastic lid ruins it for you.

Home is where …you park it

All of New Zealand is a huge road trip Bucket list. So it comes as no surprise that there are so many people here who are opting for mobile homes.

We have seen everything from people camping in sleeping bags in their SUV to an old school bus repurposed as a mobile home…Here at the edge of the world, anything goes.

© All photos (except the shot of the Wellington whale sighting by Rosa Woods) are by Konstantina (Redhead Explorer). If you would like to use them you may do so with a link/attribution to the original source. Thank you! 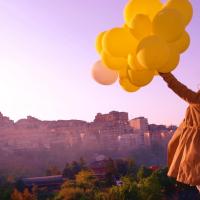 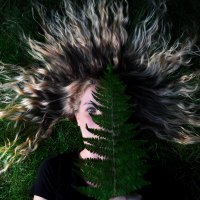